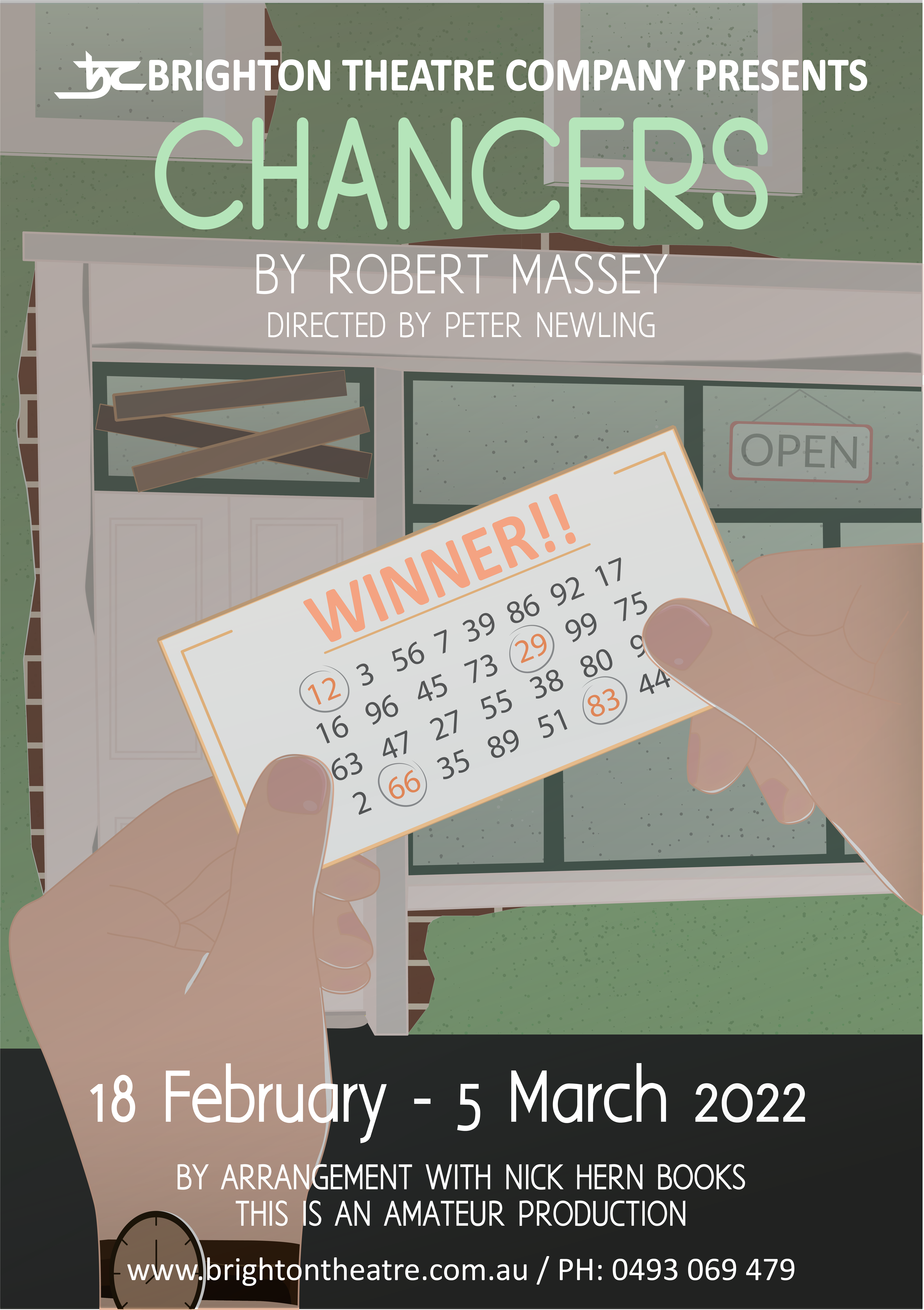 A fast and furious comedy about the lengths we will go to when our backs are against the wall.

Aiden and Dee are on the verge of losing it all. They’ve had to rent out their home to some rough shower from Dublin and move their family into their nearly bankrupt convenience store. But salvation may have arrived in the form of local battleaxe Gertie Graham. She has their ticket out of the poorhouse – they just need to get their hands on it without her knowing.

Note – The play is set in Dublin, so all characters speak with a southern Irish accent.

Aiden is honest, reliable and with a very low risk tolerance. Hates confrontation and will avoid it at all costs. Gentle and forgiving, often at his own expense. What he lacks in self-belief he makes up for in unconvincing optimism. Must be played as likeable, pitiable and sincere.

Dee is over it. Life hasn’t turned out the way she imagined, and she wants things to be different. Absolutely committed to her family but struggling to see a way forward. Very protective of Aiden and shields him from the disappointment that eats at her soul.

Gertie is utterly self-centered and self-righteous. Completely uncaring about the troubles of others, she’s happiest when perpetuating the unhappiness of others. Harsh, nosey and cantankerous. If there’s a soft side to her character, she hides it where no-one, including herself, can find it.

JP is a bit of a lad. He embodies the boisterous optimism that fueled the debt-ridden tigerishness of the post-GFC Irish economy. A would-be entrepreneur, but without the skills or work ethic to make that happen. Confident and opinionated, but with no real reason to be either.

Sunday 21 November from 7:30pm at the theatre

Monday 22 November from 7:30pm at the theatre

Auditions are by appointment only.

Any queries or to book an audition time please contact the Director, Peter Newling, at peter.newling@gmail.com or 0419 205 200.