An amateur production by arrangement with Origin Theatrical, on behalf of Samuel French, Inc. 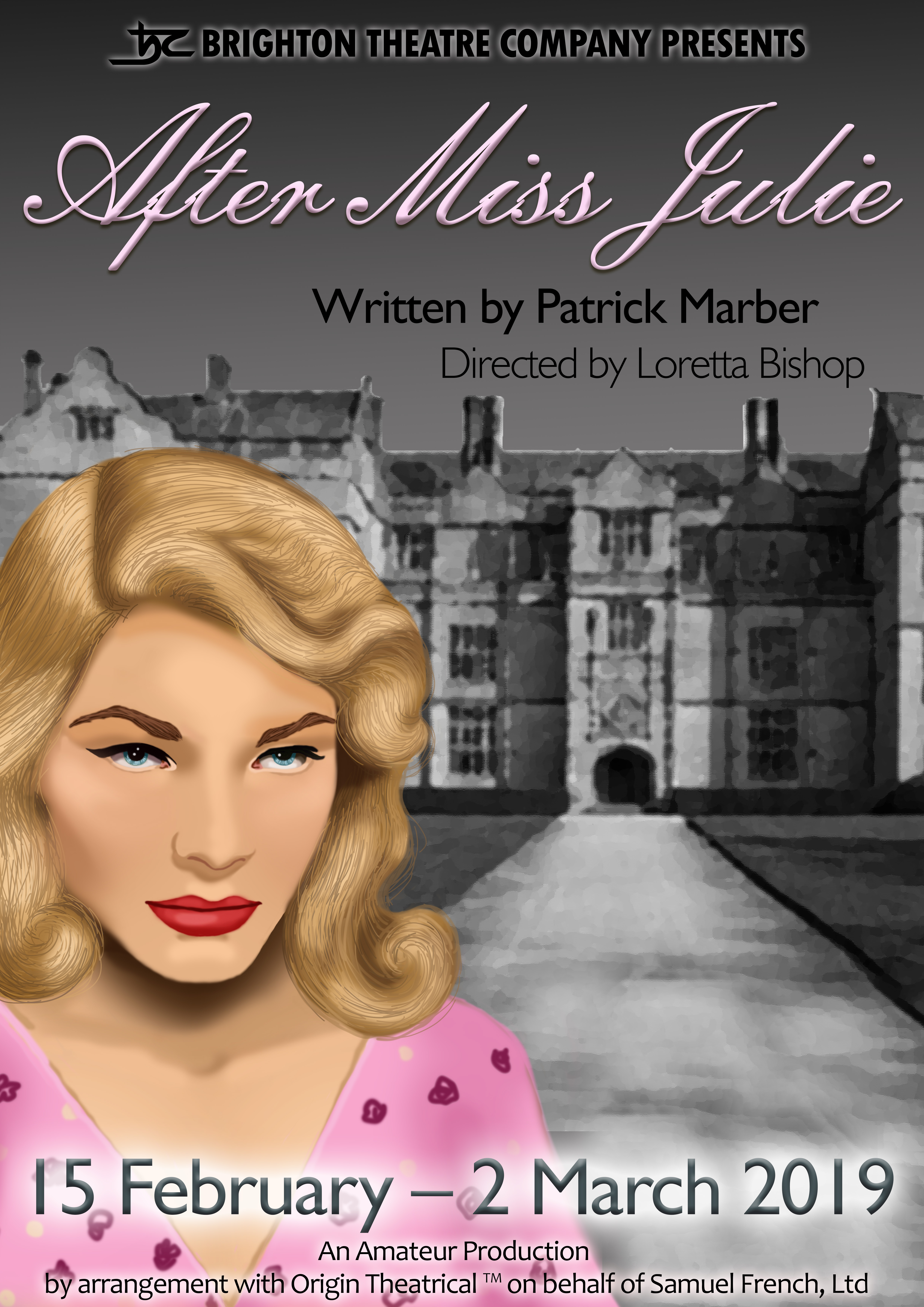 Patrick Marber’s After Miss Julie is not a translation of Strindberg’s classic Miss Julie but a version of it, moving the action from the original 19th-century Sweden to the England of 1945.

Marber has uprooted the drama from its Swedish midsummer night setting and relocated it in a country house outside London on the eve of Labour’s historic landslide in July 1945, thereby repositioning the play on the brink of an era of social reform. Like the original, the play looks at sexual tension generated by social class distinction and the seemingly inevitable outcome of such dislocation. Reared by an emancipated mother and a suicidal father, Miss Julie is the victim of heredity, environment and her own anachronistic position as an outsider in the new socialist England; it is the sense of Miss Julie as a lost soul that is beautifully caught. The real virtue of Marber’s version is that it refreshes an old play dealing with psychological disintegration and the neverending class and sex wars.