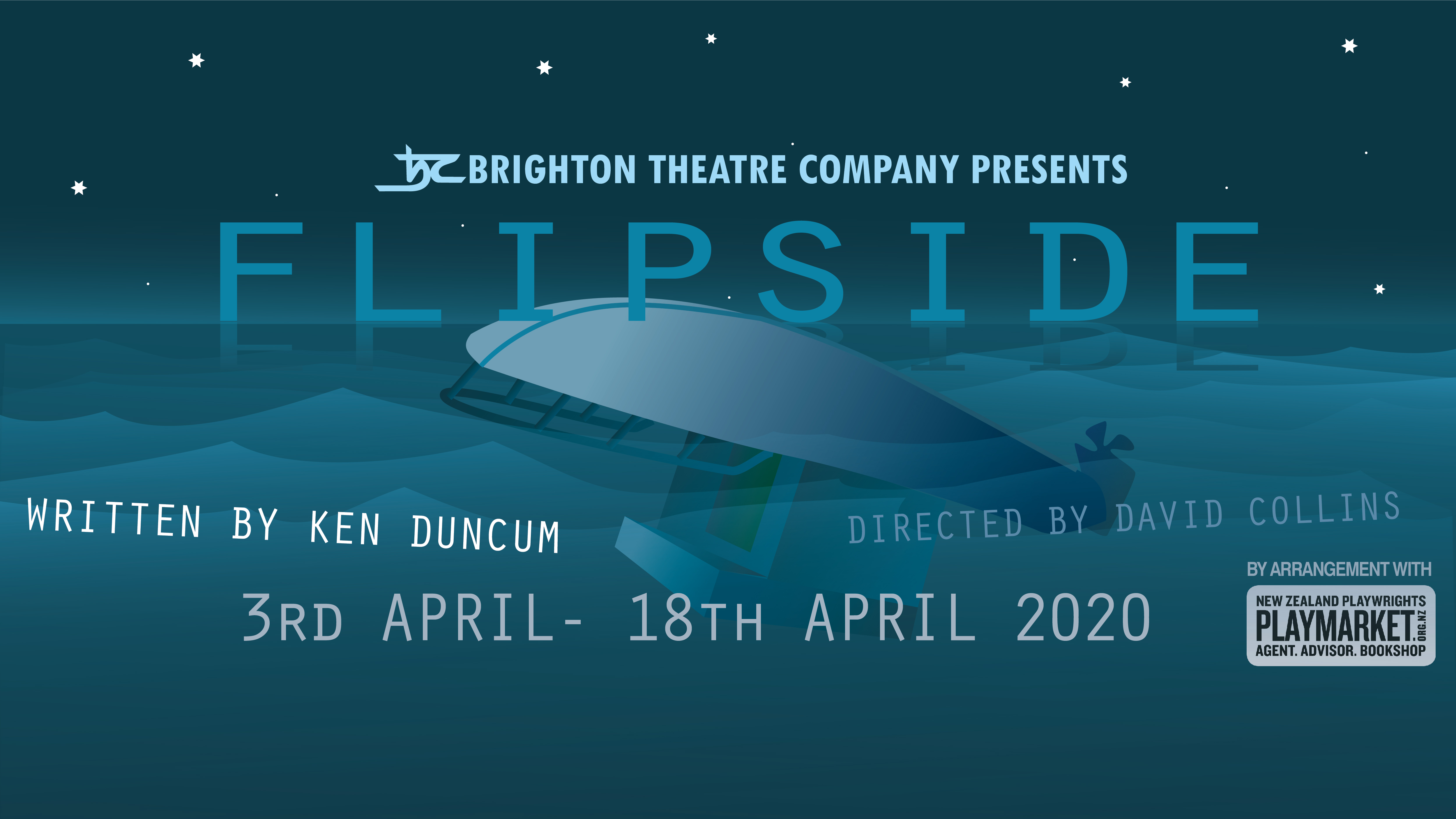 *This show was unfortunately cancelled due to the COVID-19 pandemic.*

In April 1989 four men set sail for Tonga from New Zealand. Three days out they ran into a gale and their boat capsized. The men huddled together in a tiny compartment in the hull. Drenched by freezing seawater, with most of their gear lost, the four strangers crammed into a compartment just six and a half feet by four and a half feet, struggling to survive. A strong will to live bound them together as each man’s strength and character was truly tested.

Based on the true survival story and the book Capsized (written by one of the survivors), Flipside chronicles the tale of the four men adrift in the South Pacific for a record 119 days, as they confront the elements, each other, and themselves in the overturned boat, Rose-Noëlle.