by arrangement with Origin Theatrical, on behalf of Samuel French, Inc. 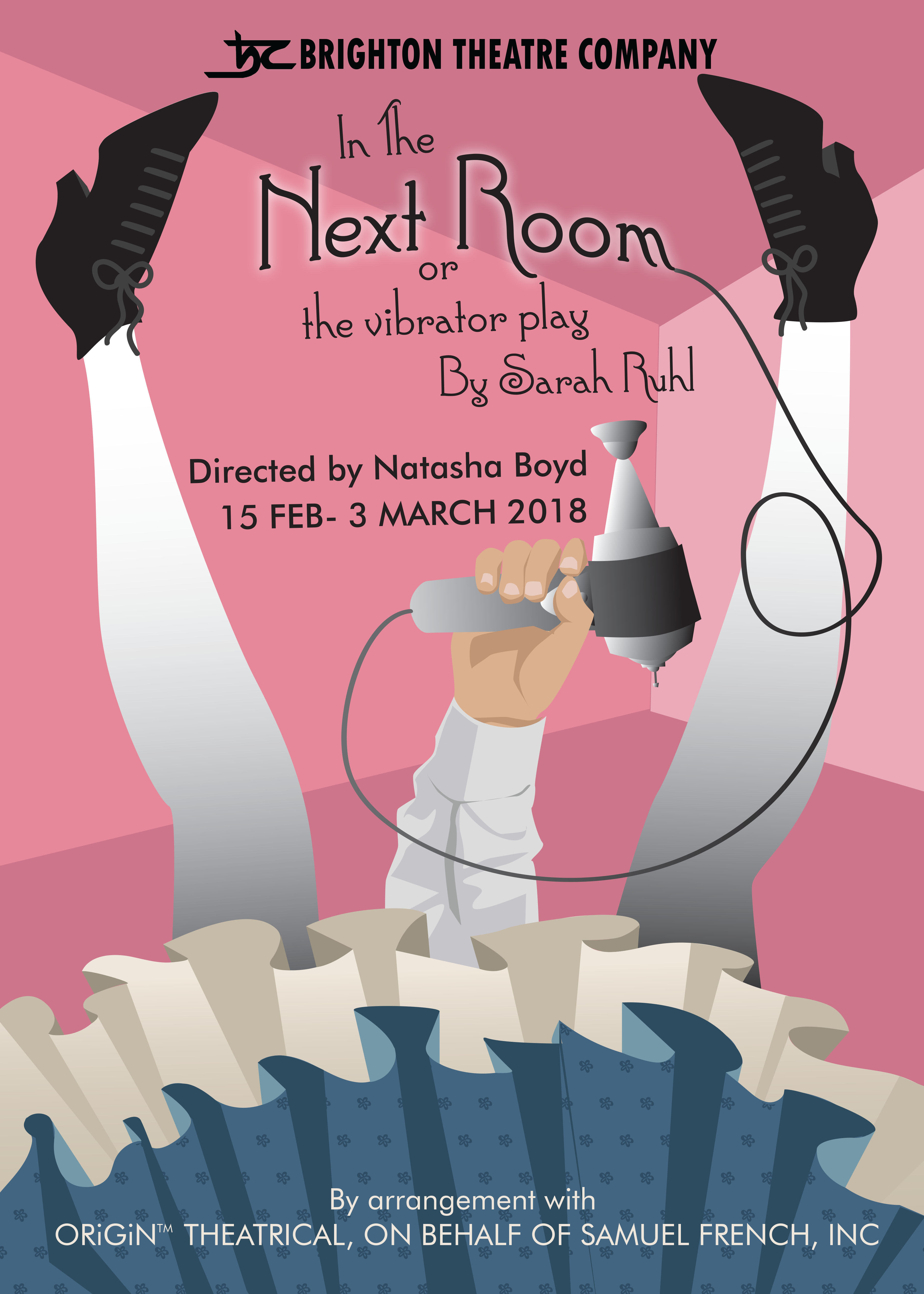 Set in the 1880s, just after the advent of electricity, and an era in which young ladies were raised to believe that sex was something to be endured, not enjoyed “In the Next Room” takes place in the adjoining parlour and consulting room of an upstanding physician, Dr Givings, who specializes in treating “hysteria” in women with a revolutionary new “machine.”

It takes some time before Mrs Daldry and Mrs Givings, whose curiosity about her husband’s methods leads to a session of mutual experimentation conducted with embarrassed giggles, can admit that the sensations aroused by the doctor’s electrified implement are pleasurable rather than alarming. And when Mrs Givings’ wet nurse, Elizabeth, gently suggests that the feelings they describe are the same ones some women experience in bed with their husbands, they respond with stupefied silence, followed by dismissive laughter.