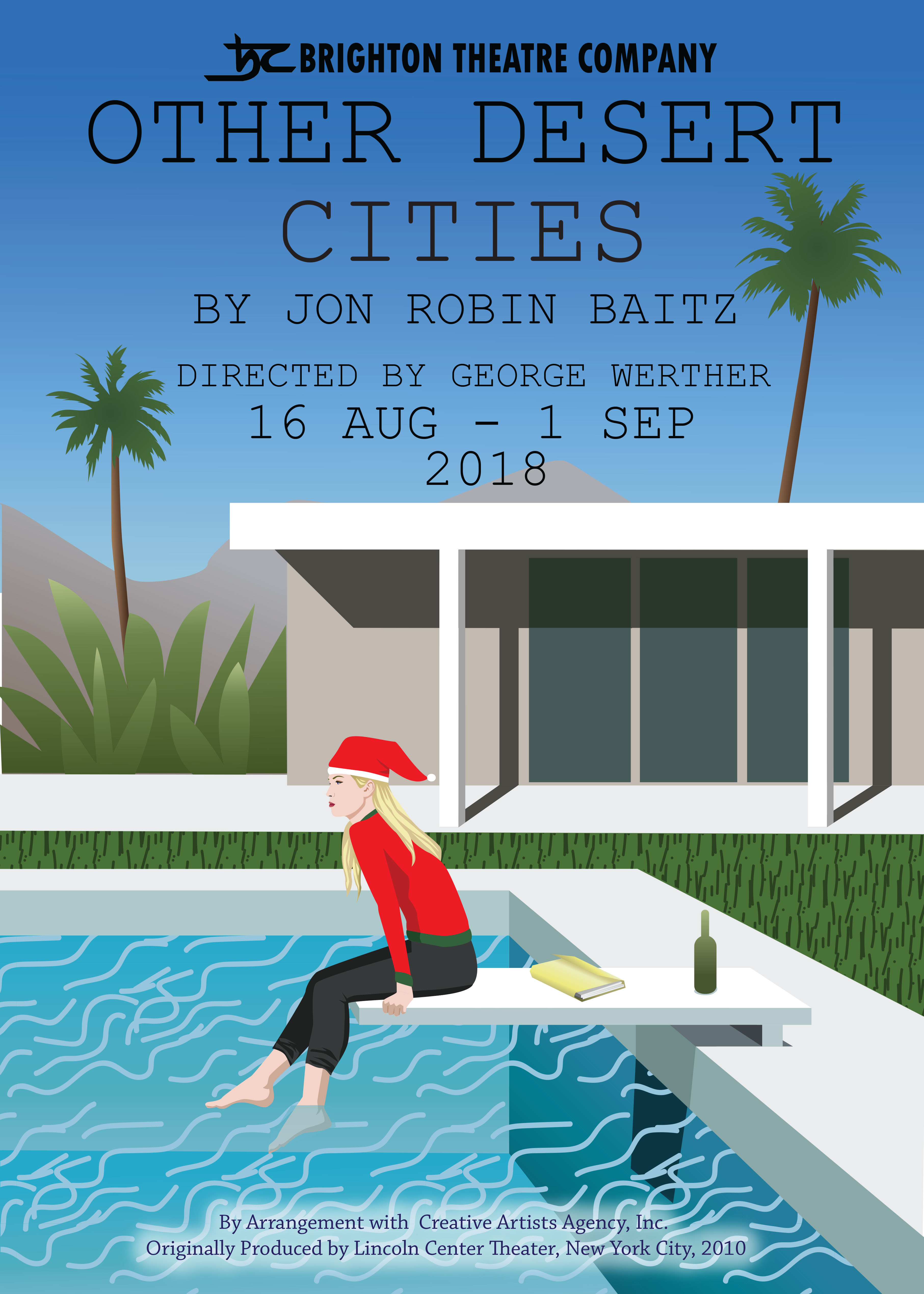 An emotionally charged play about a family coming to terms with long held secrets expressed in funny and witty yet lacerating dialogue. The play’s events occur around Christmas Eve 2004, when the family of Polly and Lyman Wyeth gather in Palm Springs, California. Their daughter Brooke returns home after six years in New York writing magazine pieces. Polly’s sister Silda is also visiting, out of a time spent in rehab. Polly and Lyman are Republicans, while Silda is a liberal who has fallen into alcoholism. The sisters co-wrote a series of MGM comedies in the 1960s, but have since become estranged chiefly due to Silda’s resenting Polly for shifting social worldviews over time.

Brooke announces and presents to her family a memoir recounting up a pivotal and tragic event in the family’s history: the suicide of her late brother Henry, who had been involved with the radical underground subculture, and a horrific incident resulting from their advocacy.

The play’s name refers to a control city guide sign on eastbound Interstate 10 in California, which indicates that the freeway is headed towards Indio, California and “other Desert Cities” (that is, the rest of the Coachella Valley and onward towards Phoenix, Arizona).