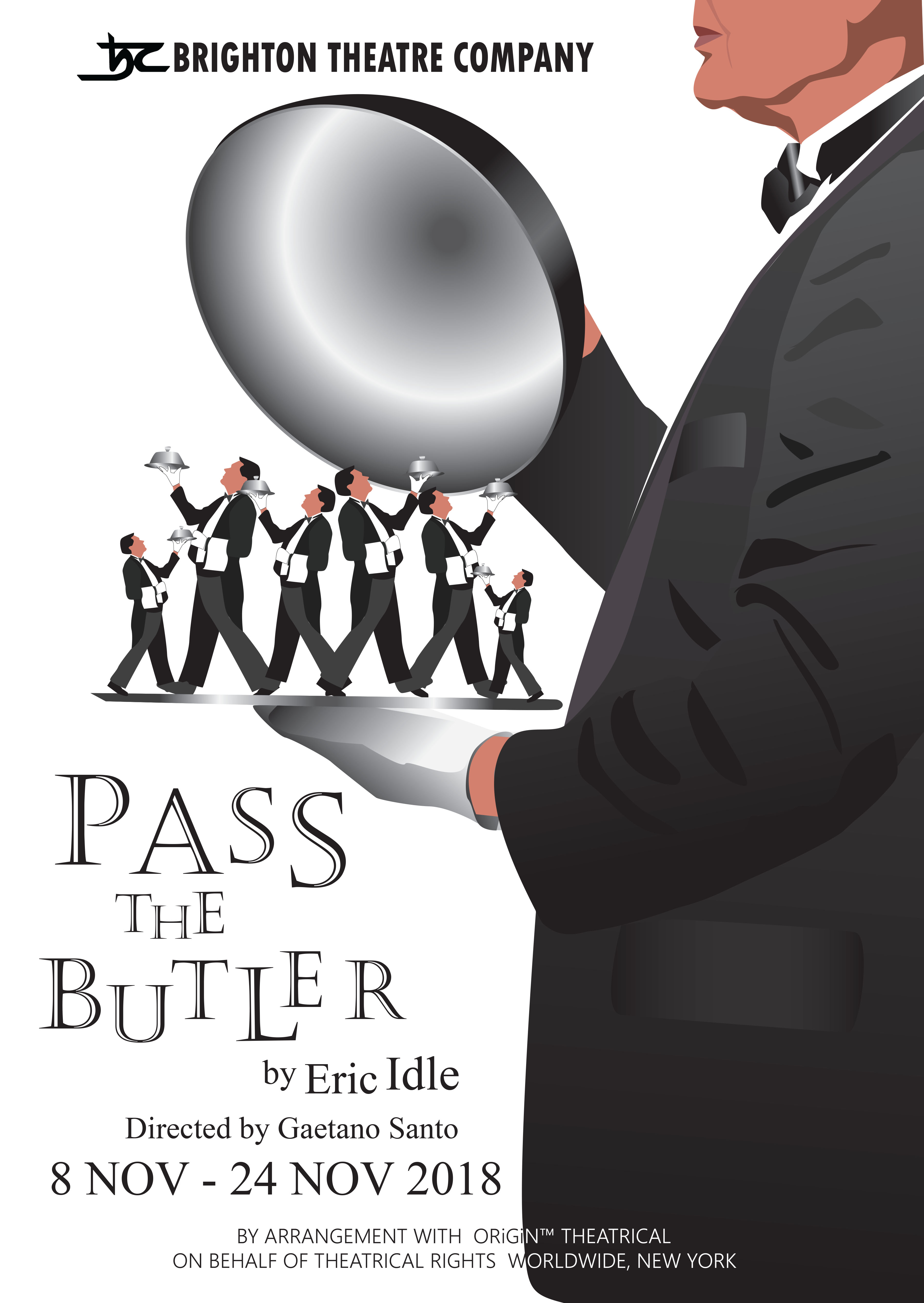 The play is set during Wimbledon Tennis Tournament in 1982. Pass the Butler is a political drawing room satire of the English upper crust that turns into a murder mystery as well as a soap opera parody. Idle uses the opportunity to take pot shots at Americans, the British government, and the class system while moralizing on euthanasia. Pass the Butler opens with the imminent death of Sir Robert Charles, who is the current Minister of Defence and the patriarch of a poor but prestigious family. Having recently had a heart attack, Sir Robert is more dead than alive, surviving only with the aid of various life-support machines. Lady Charles has decided to put him out of his misery and pull the plug–much to the pleasure of heir apparent Hugo and his twin sister, Annabel. Planning ahead, the family has placed him in a coffin right in the middle of the Charles estate drawing room. The youngest son Nigel arrives from Oxford as does the dim-witted nanny Kitty, and the “switching off ceremony” is ready to begin.

Just as the ceremony is about to take place, however, Sir Robert is mysteriously murdered by other means. An Inspector Harris appears to solve the case, and the ensuing chaos is pure Monty Python. The secrets of the Charles family are both surprising and hilarious.